Human beings are pretty amazing creatures.  I think we are unassuming to look at, but in terms of what we can accomplish, we are amazing. As a mom, I feel like this guy in the picture. I’m always spinning a bunch of plates. I have a lot of things going on all at once. My husband says I’m not the best multi-tasker, but I argue that it is just because I am focused on one plate whilst the rest of my plates spin away. I just don’t like to be interrupted from my spinning…

I’m a deep believer that this is because we were created to be this way.  (Not bad multi-taskers, but creatures who are capable of big things.) I believe we are image-bearers of God. We reflect back just a small portion of His awesomeness. 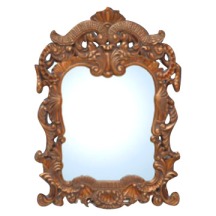 But there is also something in us that craves more. We look around at this world and it feels wrong. Like something is missing, unachieved, undiscovered.

I’ve already said that I believe in a Creator. More specifically, I believe in Jesus as my Savior. He is the “more” on the grand scale of life.  As His creative being, I’m designed to want to create, to give, to overflow.

I’ve been feeling short on areas to spill over in lately. I have plates that are already spinning now: home, children, husband and even my church plate is starting to spin again. Yet I’m longing for more. I truely feel like there is something in me trying to get out.

I’m wrestling with it.

I’m praying through it.

It just feels better to let it out. Whatever it is…

I don’t know if I’ve mentioned it in previous posts, but the house we purchased a few weeks ago was a foreclosure.

Now, if a person has to foreclose on their house, that means they most likely didn’t have the cash to fix anything that was wrong with it. We realized this going into the purchase. There were some things that were glaringly obvious,

like the rotten trim that came as a result of the poor water drainage from the very clogged gutters around the roof of the house. But we had an expectation that something else could pop up.

We had this house inspected not once but twice during the purchase process; once by the inspector we hired to check out the house and once by the VA (because we got a VA loan). Again, there were little things here and there which I know I have mentioned in previous posts, but no show stoppers. All the discoveries the inspectors made were things we knew just by looking around the house ourselves. They told us the house had good bones.

But, there was one little mystery that had us perplexed. It was something that the inspectors never mentioned or found. We were in and out of this house at least 8 times before we bought it.  A few of those times, we noticed water on the floor in the basement in the utility room. No biggie, there’s a drain in there, the house had been winterized due to the foreclosure and we had just turned the water on for the first time in many months. We guessed that it was the pipe for the washer machine (which would eventually have a hose hooked up to it anyway so no biggie). Right? Hmmmm…

There were a few other little signs that this wasn’t the whole story though. There was water in other places, places waist high, and we could not for the life of us figure out where it was coming from. We really thought it was a pipe leaking.

Closing day comes and goes, we work and work and work to clean and paint and fix the things we need to before moving day arrives. And still…we find a little bit of water in weird places. Huh…so perplexing.

The immense and saturating spring rain St. Louis has received in the last 3 weeks helped us to finally discover the real problem.  We awoke one morning to a puddle of water that stopped inches from the carpet/finished part of the basement. Jeremy went on a rampage pulling out counter tops and pieces of wood that had been strategically placed along the foundation wall and voila! We have a big ol’ crack in our basement wall.

It happens though. I mean we weren’t crushed by it or anything. We knew this is the kind of thing to expect. It doesn’t look like a bad crack that’s going to take down the whole house or anything like that. As far as cracks go, it’s the good kind to have if you are going to have one.

We called Wood’s Basement Systems and they came out to give us a free estimate on repairing the crack. The repair job they do is totally awesome and they say has been 100% effective since they started using the system a few years ago. It even has a back up system just in case! And as soon as we get $725.00 we are so doing that…

I know I’m being a bit sarcastic, but that really is a good price if you ask us. We prayed it would cost less than $1,000. And it just so happens that the National Guard has not paid Jeremy for the last few months of work. Wouldn’t you know that the pay owed us is a bit more than how much that little crack is going to cost us to be repaired. Nice huh?

I love how God works in those details. He’s the God who created the Milky Way, the millions of galaxies that scientists are constantly discovering through satellite images, He knows what is in the deepest abyss of any ocean, and yet, He cares enough to make sure that the Nevil’s have the cash to pay for fixing their new, leaky basement. That’s not a discovery, it’s just cool.